Where has time gone?

Who would have thought, one Facebook post from a friend would lead me to a life changing plan?  April 1st, 2013 I began a journey to lose some weight.  I really did not think I would be so successful.  I really thought, “Girl, your about to spend 40 dollars a month on WW, so why not try this first.. if it works than great… if not get ready to spend money each month.”

So the journey began!

I purchased my Trim Healthy Mama book in March… began reading it  March 25th… my first THM shopping trip March 29th… then began this amazing journey to FOOD FREEDOM on April 1st, 2013… at a whopping 260 pounds!   I know, I know… I can’t believe I am stating that number!   I knew I needed to do something when my body ached just getting out of bed!   I’m not even 40 yet, but my life two years ago was vastly different than it is now.   I don’t want to remember the depressed person I was back then.  I had so many aches and pains that I just  could hardly do anything.  I would be worn out from just a shopping trip to Wal-Mart or a walk around the block.   I also was showing some early signs of diabetes.  You see both my parents are diabetics, and I knew that if I didn’t do something.. I would become one too.   I set a goal that I really thought was unattainable… to lose 80 lbs. 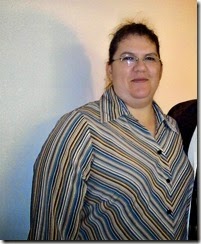 The beginning of  Journey:

The first week was the hardest for me.  Really I was addicted to sugar, so  going cold turkey with no sugar was the hardest.  To top it off, that first week also held my Dad’s retirement party… as in lots of off plan foods!  But I made it… did not even have one off plan food there.  Some of the food I made, I thought.. well this is not what I expected…  (meaning its not that sweet or its bitter tasting.. ha-ha)  As time went on, I began to realize  that my taste buds were changing.  Things began to taste wonderful;  ( them THM sweets were getting good!) my weight was dropping and most importantly… I DID NOT FEEL LIKE I WAS ON A DIET! 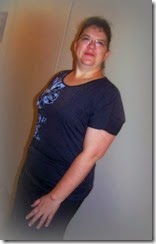 I was dropping weight and have a blast.. by November 2103 I had lost 52 lbs.!   Looking back at my little notes in the back of my THM book, I can see a steady loss until the stall hit!  Yap I stalled out after my loss of them 52 lbs.  I was bummed but with the holidays fast approaching I figured it would be ok.. just stick to the plan and it will start up again…  WHAT I DIDN’T REALIZE WAS THE CHANGES HAPPENING TO MY BODY!   Well, what I thought was a stall really wasn’t… I was shrinking… LOL… My body was shifting and doing some major “ rearranging”.   At the beginning of 2014 I decided to do a Fuel cycle to see if I couldn’t speed things up a little.  Well, I learned a ton for that FC and for a month or so the scale moved downward only to repeat the cycle again…. stalling, shrinking,  dropping, stalling, shrinking,  dropping…. 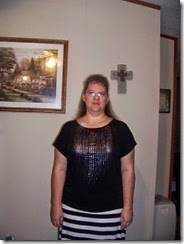 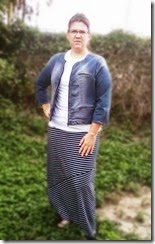 The Journey is still going….

Its two years later and I have lost a total of 92 lbs.. yes even after I was at what I wanted to be at.. I still have lost more pounds.  Why?  Well, I found myself at a new point of my journey.. I had to learn how to maintain and incorporate Crossover meals into my diet.   I have maintained at 92 lbs. lost for  a few months now… my Trim Healthy Mama journey will never end!  It has been so wonderful to be able to have the energy I have.. feel the way I feel..  I can keep up with a class room full of 3 year olds everyday..(its amazing)   I am a THM for life!  The Facebook community has become a big part of my life over the last two years. The new friendships I have made have blessed me abundantly. 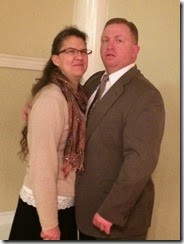 My Husband and I about a month ago!

Don’t look at THM as just another diet… IT’S A LIFESTYLE CHANGE!

Take lots of pictures during your journey!

Remember that each person is different, your skinny will not be the same as your friends.

And remember:  Slow and steady wins the race!